No Result
View All Result
Newsletter

Most popular in the UK, the commonly played 90 ball bingo game is just one of the large number of different bingo game variations offered at most bingo sites. There is also 75 ball bingo for example, which is most popular in America, providing another entertaining version of the game; however the two have very different rules and qualities.

The British Bingo game offered at all bingo sites such as Quicksilver, Paddy Power, LittleWoods, Foxy and 888 Ladies Bingo, is overall simpler and played much faster than the 75-ball version. Players are split between which version 90-ball or 75-ball they prefer and which nation made the better version.

With respect to the rules and procedures in the British 90 ball game, the card game is generally played in terms of lines as opposed to the various unique and other discerning patterns that are integral to the 75 ball game. The 90 ball encompasses single line, double line, and full house games as a general etiquette. As well as this, another noticeable difference you’ll find on the cards is that the British game is divided into strips, usually into six different tickets. Chances of winning in the UK game are high as such as there is a greater chance of winning. As one player completes a line in the 90 ball version, the another prize is awarded to the next player to complete one.

The archetypal British 90 ball bingo ticket has 3 rows and 9 columns. The columns will each carry 1-3 numbers, and overall there are amount 15 numbers on a single ticket ranging from numbers 1-90. The standard 90 ball is won when a player completes a full horizontal line on a bingo ticket, however this can vary depending on the single line/double line/full house games. Indeed, in full house games which are supplied by popular bingo sites like Foxy Bingo and Cheeky Bingo with large progressive jackpots, all 15 numbers will need to be marked off to win the prize. Another part of the 90 ball game is the job of the announcer. In real life bingo halls or indeed playing online, all bingo players will be notified of the particular pattern that is required in order to win the prize, as well as the stake and prizes available. Every time a number is drawn out – either by hand or by an RNG machine, bingo players should check off his ticket number (note all online bingo sites such as Jackpotjoy and William Hill bingo do this automatically with an auto-daubing feature). The winner will then have to shout out “LINE” or “FULL HOUSE” depending on the game in hand.

At the moment there are a number of bingo sites with fantastic offers for 90 ball bingo games. Mecca Bingo for example, offers a £50 sign up bonus to new 90 ball bingo players, and Gala Bingo provide £10 free cash to use in the 90 ball bingo halls. Most 90 ball games online also have incredible jackpots, such as Foxy Bingo which has £5000 – £10,000 prizes in 90-ball jackpot games.

Bingo Chat Games are a staple at online bingo sites, trumping the level of excitement and keeping players on their toes during and between the actual bingo games. Bingo chat games award Bingo Bucks (BB), or similarly labelled rewards, which can often be used to purchase more bingo tickets, convert to cash, or claim extra bonuses.

How to Play Bingo Chat Games

The Chat Moderator (CM) will host the bingo chat games, announcing which game is being played, and the general rules. If you are first to answer the most questions correctly (in trivia style games), choose the right numbers (in lottery style games), or just happen to be in the right position on the chat menu at the right time, you will be declared the winner.

Most online bingo sites award Bingo Bucks (BB) to the winners of bingo chat games. They may go by a different name, but they are generally the same. BB can be used to purchase more online bingo cards/ticket, or can be redeemed for cash.

Some online bingo rooms will award Loyalty Points (LP) for winning bingo chat games. These bingo sites use LP to determine a players VIP level, doling out extra perks and bonuses to players with enough LP. LP can usually be used like BB as well, to purchase more tickets and convert to real cash.

A few online bingo rooms don’t bother with BB and LP, instead honoUring bingo chat game winners with 10 free cards/tickets to the next upcoming bingo game. While less versatile, these are still a valuable reason to participate in bingo chat games.

There are so many types of bingo chat games played at different online bingo rooms, we simply can’t list them all. However, they do tend to fall into general categories.

Trivia Style Game: These are bingo chat games where the CM asks a series of themed questions, and the chatters race to be the first to answer correctly. The player who answers the most questions right will win the prize. Themes can range anywhere from celebrity news to historical facts.

Lottery Style Games: These bingo chat games are based on the numbers being called in the current online bingo game. Players may be asked to select a number before the game begins, and if your number is the last called before a player wins bingo, you win the prize. If no one’s number is called last, it may be the last chosen number called that wins. There are many ways to play lottery style bingo chat games!

Chat-Based Games: These bingo chat games are based on the chatter who speaks in a certain position at the time that bingo is called, or that a specific number is called. For instance, if the number is 15, the player to speak immediately before 15 is called, or immediately after, or even the second before or after, may be the winner. It all depends on the rules of the game, so pay close attention to the rules.

Whether it’s 75-ball bingo, the chat games, the slot prizes, or progressive jackpots, there are tons of ways of making cash on bingo.

An upcoming way of making money, operating alongside the corridors of bingo rooms and preternatural promotions, are the bonus scratch cards you’ll find at all these massive bingo sites! Whether it’s Bet365 Bingo, Foxy Bingo, Littlewoods or somewhere else that does it for you, you’re sure to find a number of sites all providing cheap instant bonus scratch cards with whopping prizes. Every Monday in January for example, Gala Bingo was handing out free bonus scratch card tickets to any and all users, with the chance to win £10 prizes that are added straight to your account immediately. Whether it’s the real cash games you’re after, or free bonus scratch card events, you’re sure to find every online bingo site in enormous supply. Surfeit to say, you’ll also find a range of interestingly branded and uniquely named scratch card games. Whether it’s the Big Brother, or Elvis Multi Strike Games at Gala Bingo, options are surfeit.

At Mapau Bingo, the operators have actually installed scratch cards into their regular bingo games, with “Scratchie Tournaments” providing hidden prizes under the bingo card numbers. Overall, one of the major reasons for the promotion of these scratch card games and bonuses is to add variety and variegation to the bingo sites. Every bingo operator wants to be different and have adventurous and better games than the other. Hence, 888 Ladies Bingo brandies itself with effeminate colours and an overall girlish vogue. And these sites are all seeing the attraction of bonus scratch cards, which they can market and sell to new and existing players -with the result being a more differential and community filled site.

At LittleWoods Bingo, the incredible display of scratch games includes Fruit Smoothie Scratch, Monkey Scratch, FREE Daily Scratch and the new Sizzling Summer Scratch. Dream Bingo also provides a massive number of scratch games starting for free, such as Beer Fest, Plunder The Sea, Game Set and Scratch, and Bingo Bonanza. The prizes for scratch cards here vary from 25,000 to 400x stake. Thus for example, if you spend 50p on a scratch card, you can win up to £12,500. There are also plenty of great cash prizes for the free games too. At Rainbow Bingo, the Big Breakfast Scratch will provide over a thousand pounds worth of prizes. Other games like Gold Digger are found here, with lovers of the 75 ball and 90 ball bingo games even able to play Bingo Scratch. 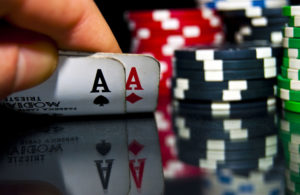 bodog.eu and sister sites bovada.lv & bodog88.com are the same but aimed at different markets. Very popular with sportsbook gamblers and casino players making for some very juicy games

Why you should avoid Binary Options and trade Forex instead

It is important to understand the difference between Forex Trading and Binary Options - on the face of it they are are both forms of financial trading, but in

Why you should avoid Binary Options and trade Forex instead

It is important to understand the difference between Forex Trading and Binary Options - on the face of it they are are both forms of financial trading, but in reality Binary Options are...

© 2020 Gamblista.com - for the Discerning Gambler.